SIGHT-FISHING SLUGFEST ON TAP AT CLEAR

The Costa FLW Series event on Clear Lake presented by Mercury is the second stop of the Western Division season. In recent years, the FLW Series has usually visited Clear (widely regarded as the best lake in the world) in the early fall, and Strike King 10XDcrankbaits and heavy punching rods have littered the decks of the pros. This year, when the tournament kicks off Thursday, anglers and fans alike will have to adjust their expectations. 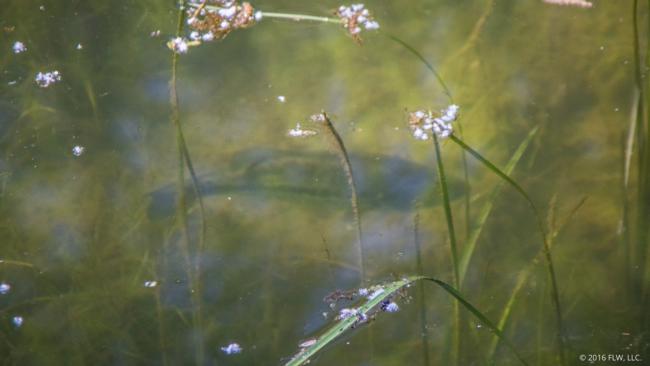 In the 11 minutes Weyer and I were on the phone, he says he spotted perhaps 30 pounds worth of bass on beds and passed by one dock with 20 bass in the 2-pound range sunning themselves underneath it.

“I honestly think if it doesn’t get cold and the wind doesn’t blow it’ll take 30 pounds a day, and somebody is going to crack 40 pounds,” gushes the West Hills, Calif., pro. “It’s insane. I’ve never seen so many fish in my life, and I’ve never seen this lake this healthy before.

“I know we’re supposed to get some weather and rain, but I have them all marked. I don’t need to see them to catch them,” he adds. “Over all the tournaments in the whole country, I think this is going to be one of the premier sight-fishing events of the year.”

If Weyer is right, we’re headed for a slugfest of epic proportions. With water temperatures in the 60s and 70s, most reports say that the majority of bass have yet to spawn. Of course, every day of practice so far has seen increasingly warm weather, and the full moon will occur on Thursday. Every environmental indication says his projection could be accurate. 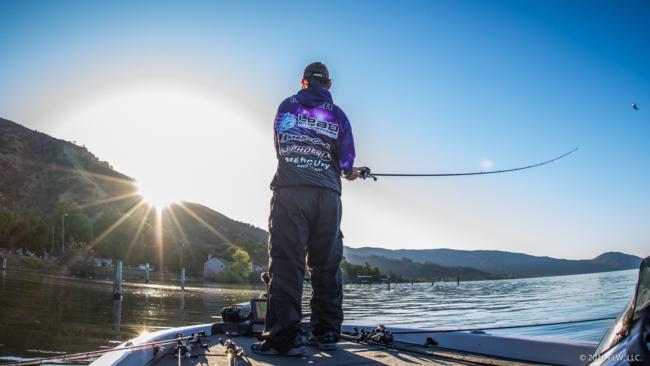 Though Weyer is optimistic about Clear Lake’s chances to show out, Mark Crutcher of Lakeport, Calif., isn’t quite so sure.

“The past few tournaments have taken 25 pounds to win, but only a few guys are getting that,” Crutcher says. “For the rest of the field it’s really going to be a grind.”

Though he acknowledges that there are bass on beds to be found, Crutcher is worried about rain in the forecast Thursday and Friday and simply hasn’t seen the number up shallow and spawning to commit him to that pattern. Instead, he thinks that keying on bass chasing bait will be important. 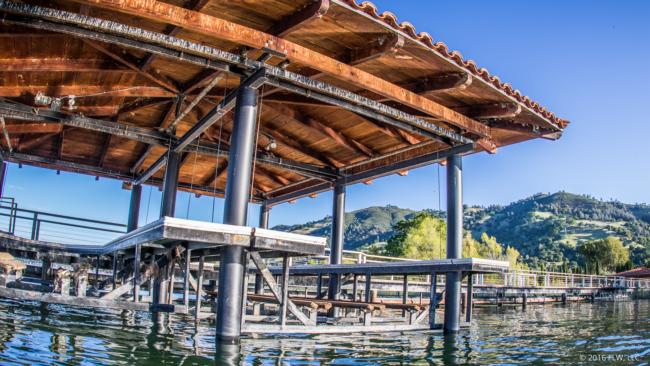 Clear has been absolutely stuffed with shad for a while now. Last fall, Jimmy Reese reported running entirely across the lake and marking shad on his Lowrance unit without a single break. During the winter, giant schools of shad congregated around certain docks and could be snagged on a lipless crankbait on nearly every cast.

“Normally they’re feeding on the hitch, but this year the shad population exploded, and swimbaits and stuff that mimic those 2- to 3-inch shad are probably going to be the deal this year,” says Crutcher. “This lake is always changing, and I have tons of big, expensive swimbaits and none of that is working now.”

Crutcher allows that there should be more fish up spawning, but for whatever reason he hadn’t seen it. So, instead of fishing right up shallow on the bank, he’s more focused on the staging and feeding bass in less than 8 feet of water where a jerkbait, smaller swimbait or drop-shot could do a great job of temping the bass.

Whatever happens, be it a sight-fishing slugfest or a finesse battle, we’re bound to see weights that make even the best fisheries pale in comparison. We’ve seen pros crush them in the fall on Clear, and those bass haven’t gone anywhere. Expect to see plenty of giants with a shot at some double-digit fish and bags surpassing 25 pounds regardless of how the lake fishes. 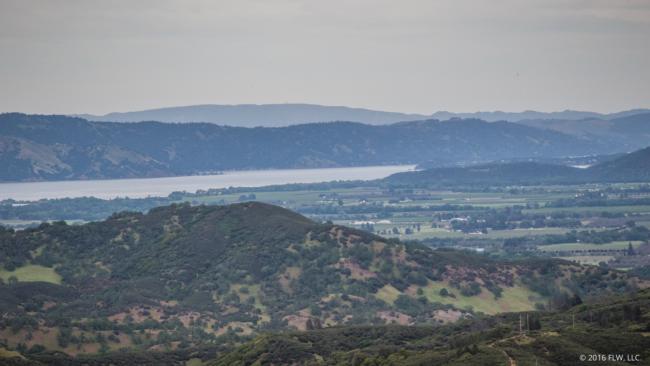 The Costa FLW Series Western Division event on Clear Lake is a three-day tournament held April 21-23. All pros and co-anglers fish the first two days, and the top 10 anglers in each division based on cumulative two-day weight qualify to fish on day three. The heaviest three-day cumulative weight wins.

Fans at home can tune in to the weigh-ins via FLW Live. 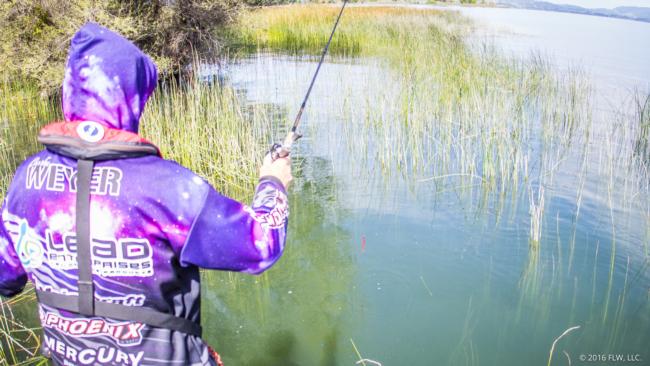 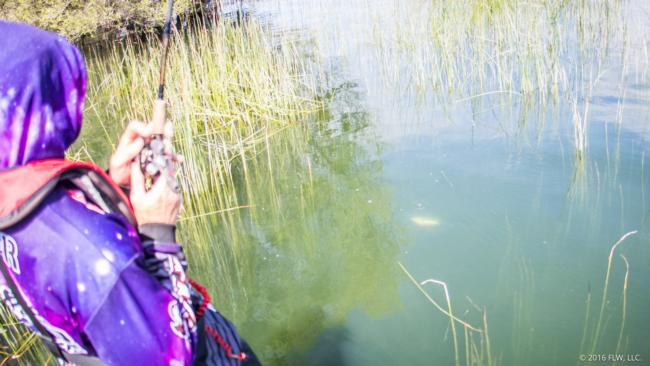 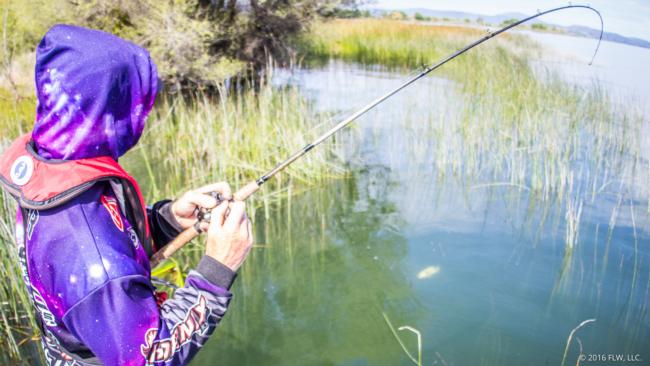 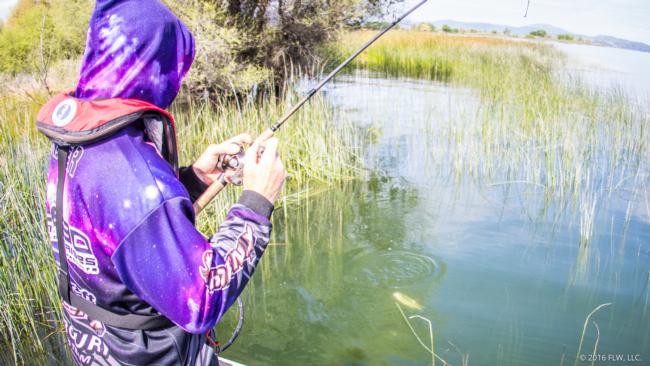 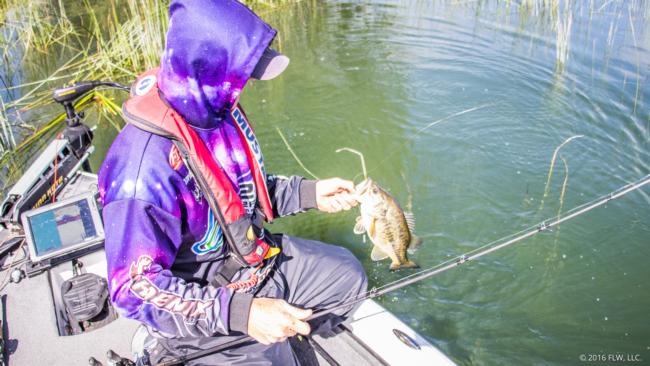 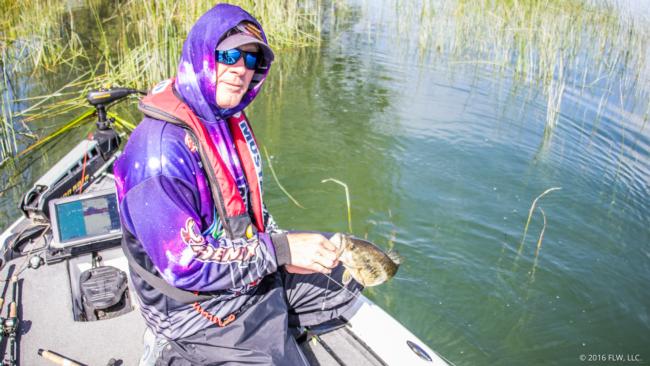